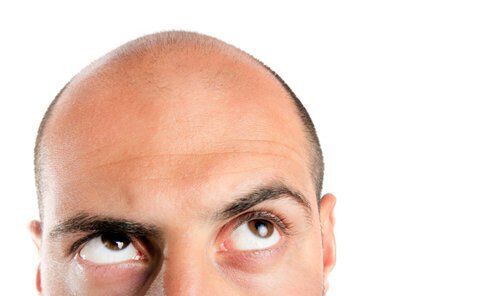 The Norwood Hamilton Scale is a seven-stage classification system for male pattern baldness. Created by Dr. James Hamilton in the 1950s and then revised by Dr. O'Tar Norwood in the 1970s , it's a useful system for classifying the level and severity of a man's hair loss so a hair replacement specialist can provide the best treatment options.

Hair loss patterns
When a man's hair begins to thin, it usually starts at the temples. This is Stage One of the scale, and if you start to experience this, it's only a cause for concern if your family has a history of baldness. When the hair around the temples begins to thin out, usually in a triangular shape along with thinning in the central part of the scalp, then it's evident that you're in the early stages of male pattern baldness.

As the scale progresses and hair thins, treatment options begin to thin out as well. Some drugs or simple topical treatments could help stop hair loss in the early stages, but the later stages will require hair restoration surgery, such as FUE.

Seven stages
The scale comes in seven different stages, from minimal hair loss to the most severe hair loss. Below are four of the most notable stages. For diagrams of each stage, visit the American Hair Loss Association.

If you're experiencing any stage of hair loss and you're seeking a hair specialist on Long Island, schedule an appointment with Marotta Hair Restoration today! Dr. Marotta is a dual-board certified facial plastic surgeon with expertise in hair replacement surgery and other treatments. Visit our website to learn more about all of the treatment options we offer to our clients.

FUE vs. FUT: Which is the better medical hair restoration option?

Take care of your scalp this spring