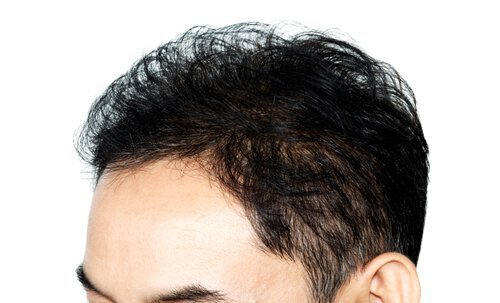 The history of hair replacement surgery: The early years

Hair restoration treatments have come a long way, and as the technology improves specialists are offering more advanced procedures every day. In this series, we'll review the history of hair restoration techniques to show how far these surgeries have come.

Japan, 30s and 40s
According to the American Hair Loss Association, the first hair replacement surgery was performed in the 1930s, in Japan. A dermatologist by the name of Dr. Shoji Okuda developed a procedure for restoring hair to the scalps of burn victims. In 1939 Dr. Okuda unveiled this groundbreaking "punch technique," in which he extracted round sections of skin carrying hair follicles and implanted them into smaller holes on the scarred area of the scalp. When these grafts healed, the implanted skin grew new hair on the scalp. While the results were not as natural as modern techniques, this was truly revolutionary, and Okuda is often referred to as the unsung hero of hair restoration.

In 1943, another Japanese dermatologist, Dr. Hajime Tamura, developed a similar but more refined method, in which he used smaller grafts with just one to three hair follicles. While these methods were groundbreaking, they would not make their way to the United States for years.

"Hairs taken from the back and sides of the scalp were more resistant to balding."

United States, 50s and 60s
A New York dermatologist named Dr. Norman Orentreich performed the first known hair transplant surgery in the United States in 1952, on a patient suffering from male pattern baldness. The first several times Dr. Orentreich published his findings, the medical community rejected them out of disbelief.

Despite this criticism from his scientific peers, in 1959 Orentreich was able to finally publish his findings, and they revolutionized hair restoration treatments as we know them today. He had discovered that hairs taken from the back and sides of the scalp were more resistant to the balding process, making them superior donors in a hair transplant procedure. These hairs would continue to grow like normal, even when transplanted to other parts of the scalp. By describing his findings, Orentreich coined the phrase "donor dominance".

Despite this exciting discovery, these early hair restoration procedures showed mixed results. While doctors were able to get the donor hair to grow on the bald areas, they could not guarantee that the results would resemble natural hair. This was the result of the grafts, which were large by today's standards. While hair transplant results had come a long way in a few short decades, they were still far off from the fantastic, natural manes that today's modern surgeries produce.

The history of hair replacement surgery: Micro- and mini-grafting

The best hairstyles for men after FUE surgery