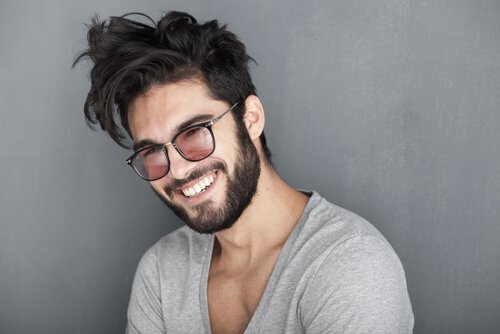 Everyone has their preferences when it comes to their ideal romantic partner, but it's always worth paying attention to trends. One recent study showed a possible connections between a bearded face and a man's status as "boyfriend material." This came from the response of 8,520 women, who ranked the faces of 36 different men based on how sexually attractive they found them.

These men were photographed multiple times with differing lengths of facial hair, from completely clean shaven cheeks to a full beard that had been left to grow for four weeks. The researchers also manipulated the photos to make different images enhancing masculine or feminine features.

The ideal beard length
The mean results were a major win for facial hair. The average attractiveness ratings for a full beard towered above light stubble and clean-shaven, though it was interestingly second-place to "heavy stubble." In case you were wondering, "heavy stubble" was thin enough to leave the skin visible in some places but thick enough to look like a coherent beard, at least according to the sample photos included with the study.

That's not all! Heavy stubble also placed highly when responders rated the faces for short and long term relationships, and placed full beards in both cases, although by a much narrower margin in the latter. The study also said that other similar efforts have found links between attractiveness and fuller facial hair. For many men, that might be enough to get them wanting a luscious beard soon.

Was 2016 the "Year of the Beard"?
There are other reasons to think that beards are still a hot trend, based on what we've seen in the past year. For one, famous TV and movie stars are no stranger to longer whiskers, with beards becoming more commonplace on shows like The Fall and The Walking Dead (Fantasy mainstay Game of Thrones has been a beard extravaganza since it's debut several years ago).

Even when a celebrity beard garnered some criticism, it still showed the power of the facial hair. Recently GQ profiled basketball star LeBron James and his bushy, bushy neck beard. The source took James to task for wearing a turtleneck along with his beard, saying that it looks like "a hairy sort of style vortex" that connects the neck of the shirt with the face. Despite all this, though, the source still had to admit that the man is "one of the NBA's most stylish gentleman."

It's not just the rich and famous who have been stoked on beards, either. Web were lurkers were apparently Googling facial hair this year, meaning it was possibly a concern for many people.

Esquire reported on the top eight men's grooming search terms during 2016, and found some beard-related topics at the highest points of the list: "Pomade," "beard oil," "face brush" and "beard balm" were all in the four spots. They beat out more general terms like "men's haircare" and "men's anti-aging."

Making your mark
There's one more reason for men to think about letting their facial hair grow wild: it helps them stand out against other men. An article in The Conversation said that beards can be a way for men to try and dominate each other in social settings. But while it may not be worth investing all that time in a beard simply to get a leg up, it could be seen as a way to assert style, just like any other clothing or hair choice.

If all this talk about beards has you interested in hair replacement surgery, contact Dr. James Marotta today. You can send us a message, schedule a consultation or simply find out more about Dr. Marotta's hair transplant methods.

Do hats cause hair loss? Getting past the myths